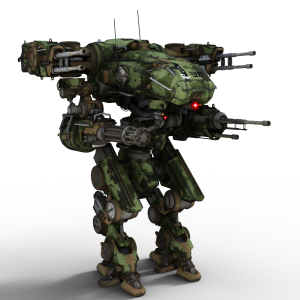 This is a touchy part about warfare in the future. Military planners envision a future battlefield full of robotic warcraft. Currently several US Military branches field unmanned aerial vehicles, UAV’s. Let’s take aircraft as an example. An unmanned fighter craft can withstand more demanding maneuvers than a manned one where a pilot would black out. Also, an unmanned fighter is more expendable than a manned one and it won’t brag about the mission afterwards. A lot of money, time and effort goes into training a fighter pilot and when one is killed or captured it can have a significant effect on National Policy (Remember when the USAF pilot was shot down in Bosnia.) While fighter craft are considered very expensive, the pilot is considered less expendable by most nations.

An unmanned fighter craft might be more expensive, but its advantages would outweigh the disadvantages for the majority of nations. An unmanned space fighter would be even better because it wouldn’t need things like life support or a cockpit.

Ground combat would also change dramatically with the introduction of unmanned, ground combat vehicles. An army of dog sized robots would be an incredibly dangerous force because they are smaller than humans (and more able to hide). Also an army of robots would be more expendable, nobody would object if one or a thousand were destroyed because back home, nobody would be losing a son, a daughter, a husband, wife, ect. Knowing this governments (and their people) would be more willing to use military force. 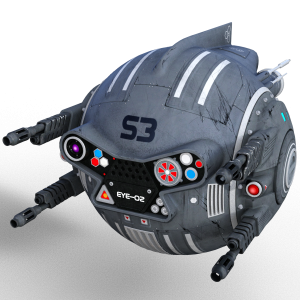 Of course some countries (like Iran who used children as shields and walking mine detectors) are not concerned in the least with horrendous losses of human life. People can be brainwashed into believing they are dying for a noble cause and will gladly throw themselves into danger in the belief they are going to heaven.

In some cases nations will prefer to arm a bunch of people and send them at the enemy (it also helps population control) but the more the people control the government, the less likely they will want their children, spouses or parents dying.

Currently, the US Military is experimenting with a kind of hover craft that is circular and can track a man through the forests. Of course the US is still a long ways from fielding such units but already they are fielding unmanned aircraft.

Research is being conducted to equip infantrymen with small robots that can scout out the area for chemical/biological contamination and possibly attack the enemy (it is still a ways off but not impossible).

The big question is where will it stop? Will it stop? It’s not hard to imagine the advantages of robot troops. A robot could be equipped with high grade sensors, powerful weapons a human just couldn’t carry, the robot itself could even be a bomb to prevent capture. Robots would be more expendable, immune to capture and torture, maybe even identification. Robots don’t get sick and they don’t need sleep, they don’t mutiny or defect. Robots follow orders and they don’t second guess you (unless programmed).

Of course as with any device, the enemy would come up with counter measures. Currently there are plenty of countermeasures for electronics. EMP, ElectroMagnetic Pulse, is one of the more severe threats. A nuclear bomb generates an EMP, but you don’t need a nuclear bomb to generate an EMP. An EMP bomb can be designed by someone with a working knowledge of nuclear bombs.

HERF guns, High Energy Radio Frequency guns, are already in use by some police departments. They point the ‘gun’ at a suspect’s car and it shorts out the electronics causing it to turn off. HERF guns can temporarily short out electronics or they can fry electronics like an EMP burst.

Electronics (like robot brains) could be hardened against EMP and HERF but it is not an easy process and it doesn’t take much to circumvent that hardening.

EMP and HERF would not be affective against just enemy robots. Night vision devices, targeting devices, cybertechnology, computer systems, anything and everything electronic could be attacked. Bombing a highly developed country (like the US) with EMP bombs would be devastating and because nobody was directly killed by the attack, more internationally acceptable than nuking them.

HERF guns employed as anti-air weapons would likely be very effective since most fighter craft are very advanced pieces of equipment that rely heavily on electronics.

Grounding a device is the best defense against these weapons but if the energy level is high enough, grounding won’t be so effective.

As technology advances, what more is there to be learned. Cannon and muskets were around for hundreds of years before someone came up with rifling the bore which increased accuracy dramatically. 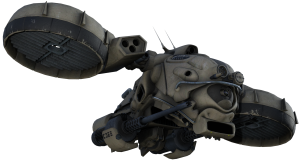 EMP and HERF affects electronics, not humans. Perhaps a weapon will evolve that does to humans what EMP and HERF do to electronics. It is all variable, but the Military, more than any other organization frequently seeks to exploit advantages over the enemy because warfare is a life and death confrontation and losing the fight can mean death for the loser.

Presently Military technological research into robotics deals mainly with reconnaissance. There are a few exceptions (like the cruise missile) but as robots become more common on the battle field so will countermeasures.

It is unlikely however that robots will replace human warriors in the next couple hundred years because of the cost, and technological advances needed to field them.

Here is an interesting video and a proof of concept video.