Of course militaries vary dramatically based on the experience and culture but there are a lot of similarities. 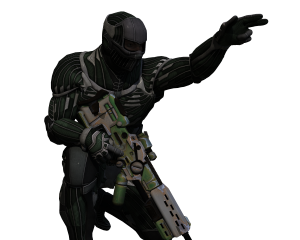 Several terms should be defined before I go further. A billet is a position like Platoon Commander, Company Commander, Executive Officer, Squad Leader and so on. An Occupation is a field of specialty, like Infantry, Supply, Finance and so on. Although a Captain staffs the billet of Company Commander, this is not always a rule. If there are not enough of a certain rank then a senior member of a lower rank is assigned to that billet. If there are too many of a higher rank than one or more may be assigned a lower ranking billet. If a billet is particularly critical, then a higher-ranking person might be assigned to that special billet. This has a lot to do with the level of responsibility entrusted to a person and his or her relative experience.

As a military person spend more time in the service, he or she gains more rank and more responsibility. Rank is a sign of responsibility and trust, so privates don’t fly jet fighters. For this reason pay and benefits are proportional to the individual’s rank.

There are three kinds of rank structures in most militaries, the officers, warrant officers and the enlisted. The Officers, for the most part, are responsible for the ‘big picture,’ and are often held responsible for the actions of their subordinates, whether or not they were present at the time. Frequently a great deal of responsibility is placed on officers, whether they are a boot lieutenant or a five star general.

Enlisted troops serve a different role. Enlisted personnel are frequently the ones who get the mission accomplished, they are the ones who frequently lose their lives carrying out those orders.

Field Grade Officers (from Lieutenant to Lieutenant Colonel) are often in the field with their troops. Platoon and Company Officers are the ones most frequently exposed to the enemy and can be found in the front lines leading their units from the front (or rear) according to the military’s custom.

Non-Commissioned Officers, also called NCO’s or Noncoms, are just that, Officers without a commission. NCO’s are leaders and warriors. They are often with their subordinates, shedding their blood and killing the enemy. The NCO must take the Officer’s order and must explain to and lead their people in the execution of that order.

NCO’s are the backbone of any decent military. They are a link between the Officers and the people who will be doing the dirty work and must interpret the Officer’s commands for their subordinates and make them work.

The most experienced people in any front line combat unit are frequently the Non-Commissioned Officers, the Corporals, Sergeants, Staff Sergeants and up. In some militaries it takes a Staff Sergeant eight to twelve years to get that rank. A Second Lieutenant frequently has less than a year’s experience as a member of an active duty unit. Sometimes an officer may have spent four years in Reserve Officer Training Corps, or a similar academy (like West Point). When a new officer is assigned to a command he frequently lacks experience in the real world operations of that unit.

By the time that young officer gains experience he is usually being promoted out of that position to one with more responsibility and authority. By the time the officer takes command of a company he or she has a good deal of experience.

A young officer with his lack of experience must often rely on his non-commissioned officers. The Platoon Sergeant, usually a Staff Sergeant or a senior Sergeant, can frequently make or break an officer. The better officers (if they are lucky to get a good one) will rely on their platoon sergeant who has a great deal more of experience. Frequently the platoon sergeant has dealt with several new lieutenants and can help that officer gain a great deal of valuable experience without that officer failing. Stupid lieutenants are those that come out of training thinking that they are superior because they are ‘officers’. These officers may have a great deal of talent and skill, but they usually lack experience.

On the battle field experience is a lifesaver. Some things just cannot be taught in a classroom or a training environment. Officers learn a great deal about theory and tactics in class but as anybody in the military can tell you, no matter how good the class, the real world is different. Young infantrymen who get out of commando school come to an operational unit thinking they know everything and are masters of their trade. After a few months they discover they have just learned enough to get by and keep up with the others. It is a sobering experience.

Staff NCO’s, as the title implies, are usually assigned to staff positions. A Platoon Sergeant, for instance, is a Staff NCO billet. The Platoon Sergeant is not assigned a specific group of soldiers who look to him for orders, like a squad leader; instead he acts as an assistant Platoon Commander. The Platoon Sergeant is responsible for assisting the Platoon Commander in many ways, from organizing patrols, to making sure everyone has food and ammunition. A new lieutenant might forget to requisition food or special equipment, but generally, a NCO who has probably been forced to go without before is less likely to overlook the more mundane aspects of planning. Also, a young officer might know what a unit needs but doesn’t exactly know where to go get it and a Staff NCO would.

Staff NCO’s are the ones who usually work behind the scenes to get things done. An officer might plan a stunning and ingenious attack but someone has to make sure there is enough ammunition, food and medical supplies for the ones who will be executing the attack. Troops can’t fight on empty stomachs and they can’t run with parched throats. Weapons are worthless without ammunition, and ammo runs out (despite what you see on TV!). Load down a person with too much ammunition, grenades and pyro and he/she isn’t going anywhere. Too much gear and the person can’t duck down behind cover or crawl to cover; the fighter might not even fit through a door.

A SNCO has the experience to know what is too much and what is too little. Of course some militaries do not utilize NCO’s and Staff NCO’s in this way. Some militaries do not expect their NCO’s and SNCO’s to think, only to follow orders. The former Soviet Military was an example of this, Officers frequently did the job of NCO’s in Western Militaries.

Militaries differ greatly in the trust they put in their troops, NCO’s and Officers. For example, the former Soviet Union, Tactics are based on drills. An officer gives a command and the NCO’s insure it is carried out, they do not question or assist that officer in the decision making process. In Soviet formations regulations are often clear-cut and highly structured. Because of this high level of regulating everything, soldiers do not learn to think for themselves and when faced with a dangerous and unpredictable foe like in Afghanistan, the Soviets found themselves in a world of hurt because they could not adapt quick enough, officers had to make decisions and others had to wait while a higher authority was consulted.

Of course, units within a military can vary a great deal too.

In combat, when a commander is killed, then the next senior person is responsible for stepping forward and taking that person’s spot. In this way, a Corporal can end up in charge of a platoon, or a Lieutenant in command of a Regiment. Once in Vietnam a Lance Corporal commanded a battalion. This usually happens after horrible casualties however. In some cases it will happen in peacetime. A Staff Sergeant might be placed in command of a platoon because an officer is not available, or a Corporal might command a squad. (In British military formations Corporals DO command squads so a Lance Corporal might command).

A Platoon grade officer usually has a Staff level non-commissioned officer to help him with the platoon (Staff Sergeant); a company level officer has a Staff NCO to help him (First Sergeant). In between these two Sergeant levels is the Gunnery Sergeant.

A Gunnery Sergeant (or in the Army a Sergeant First Class) is often in charge of a Weapons Platoon or the Company Supply.

Again, every military is different, and even then casualties or lack of personnel can require someone of a different rank to hold that billet.

Not all militaries have so many ranks (some may have more) and the responsibilities and requirements can vary greatly.

Non-Infantry units will usually be organized differently, especially at lower levels. A NCO will command most vehicles. In a three tanks platoon for instance, a Platoon Commander will command one tank, the Platoon Sergeant the second tank and the next senior enlisted man the third. From the company level up, senior enlisted are more likely to accompany the supply train, with some exceptions.