A Resource, a reference manual, a guide book.

A crucial reference for writers of military science fiction and a priceless resource for other writers. What goes on during a firefight? What does a Staff Sergeant do? A Corporal? A Lieutenant?  A Captain? How big is a company? How far can troops march in a day? What are the mechanics of an orbital assault drop? Why aren’t all soldiers equipped with machine guns? How many Marines are in a squad and what are their jobs? What is the French Foreign Legion equivalent of a sergeant? What does adrenaline do to a human body? This book also covers things like types of armor, weapons, biotechnology, cybernetics, psionics and so much more.

Over 250 pages of crucial knowledge and numerous links to more detailed information. With some information from www.MilSF.com it contains a very significant amount of new information and updated sections.

This guide can help answer questions you didn’t even know you had. 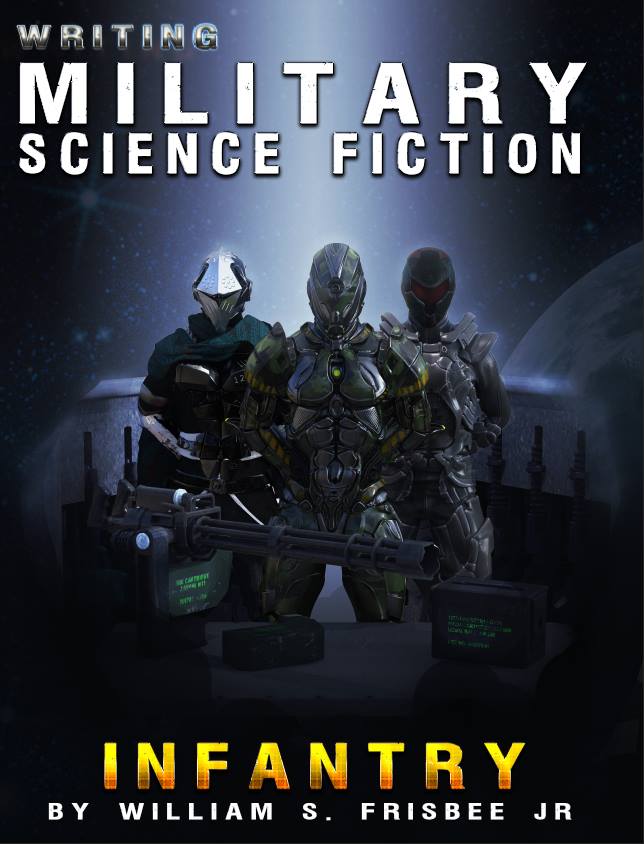 For writers of Military Science Fiction and those writers with a military element in their books. 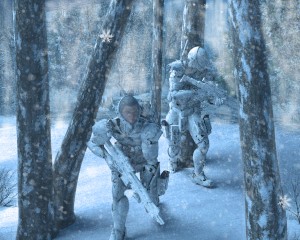 War is not about guns or bombs, war is about people. It is about people who cannot or are unwilling to resolve their differences through discussion or other non-violent means.

Movies and television use guns and explosions to draw attention and awe the audience. People like being awed and that is what producers want to do to people. In my opinion producers or script writers are too lazy to do any research so their stories are severely lacking when it comes to reality. It is always easier to make up things for dramatic effect than to face the reality that can be less dramatic.

Because movies and television do not portray reality often most viewers do not know what is possible and what is not. While finding books on large unit tactics is usually not difficult, and history books frequently detail this large scale battles, small unit tactics are another story entirely. Most movies, television shows and books are about people, not entire battalions or Regiments or Divisions. This means finding out about small unit tactics is a difficult proposition at best.

Some people actually care about what they write and some would like to add more reality to their story but don’t have many resources to draw from. That is what this resource is about. It is my intent to help newbies and veterans alike to understand small unit tactics and techniques. It is also my intent to help Science Fiction writers understand what war is like now and how it may evolve for the individual infantryman. 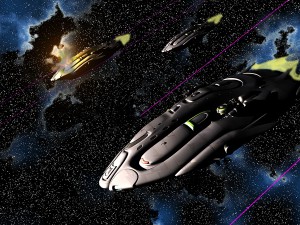 I was US Marine Non-Commissioned Officer and a squad leader. I served in Desert Storm and Desert Shield. While I was in the Marines my hobby was small unit tactics. I enjoyed learning about all manner of small unit fighting from guerrilla wars to large scale conflicts. I was an NCO, not an officer so my viewpoints are that of a small unit leader who loved his job and strove for excellence.

This may be why I like Military Science Fiction so much. I despise writers who are too lazy to do their research and that may be why I shy away from most modern fiction. Movies are a sore point with me especially because most producers are stupid and believe their audience is stupid too. The Rambo series is an excellent example of a producer’s stupidity and ignorance. Ask any combat veteran.

Book #4 in the Prince of Britannia series. Another excellent book by Fred Hughes. Hazard King survived the war... but can he survive the peace?

Some imagination fuel. Working on some concept art for "The Last Marines book #6: Valhalla Awaits". Supposed to be American Delta Force troopers on Earth.

Some imagination fuel. Working on some concept art for "The Last Marines book #6: Valhalla Awaits". Supposed to be American Delta Force troopers on Earth,